In the Hands of God 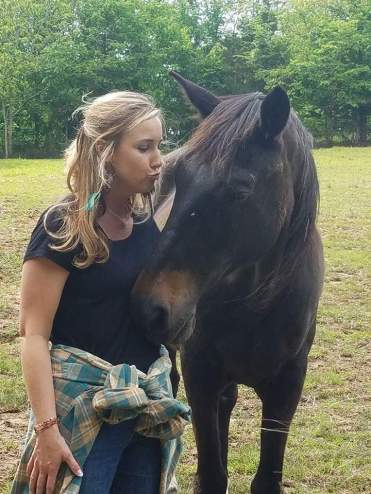 Lots of little girls dream of one day owning a horse.  At the age of 34, I decided to indulge my lifelong reverie and started the process of fencing in a parcel of our 22-acre property in Elgin, Alabama.  My dad, a retired contractor and builder, who was down with a shoulder injury at the time, contacted a man named Chuck Turner to discuss a quote for our project.  Mr. Turner is the owner of CCC & Associates specializing in fencing and building.  When he arrived to our farm, it was apparent Mr. Turner was different than your ordinary contractor.  Mr. Turner is a bilateral trans-radial amputee who lost both his arms in 1969.  Probably accustomed to people not knowing quite how to react, he jokingly said to my Dad, “Grab some metal!” when he went to shake his hand.  He immediately put everyone at ease and the process of fencing in our family acreage began.  Once the job was completed, we again asked Mr. Turner for a quote on a barn to keep the horses.  Please keep in mind as you read this that the largest pet I’ve ever owned is a black Labrador named Kodi.  It’s more than fair to say I am a complete novice when it comes to horses.  Luckily for me (and my horse) Mr. Turner has kept horses most of his life.  He became a wealth of information for my new project.  Did you know your barn stalls should be made of strong wood like oak as opposed to pine?  And you’ll need kick-plates that begin about a foot off the ground?  Unless you have an equestrian background, these small pearls of knowledge might escape you.   On retrospect, these things seem like common sense when housing a 1000 lb animal.  But to a novice horse girl, Mr. Turner became an instant blessing.  Many other contractors would not have known the ins and outs of horsemanship and the strength of these creatures. 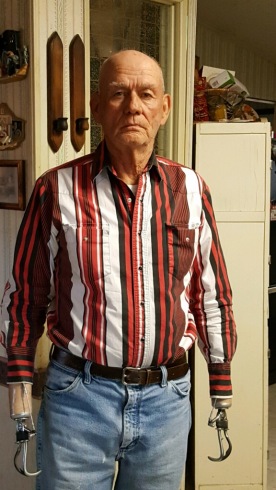 Chuck Turner was born March 25, 1943 in Dyess, Arkansas.  He has been self-employed much of his life, having worked in farming, heaving equipment operation, and building.  He has 4 daughters, 8 grandchildren, and 13 great-grandchildren, many of whom work with him in his fencing and building business that has been in operation for over 38 years.   On July 28, 1969, Mr. Turner was involved in an accident when a punch press crushed both his hands above the wrists.  Mr. Turner underwent surgery, was fitted with prosthetics, and was back on the job in 6 weeks.  Mr. Turner’s inspiration after the accident was his oldest brother who was severely wounded in World War II while serving in Patton’s 3rd Army.  An artillery shell exploded in his tank causing life-threatening injuries.  Mr. Turner’s brother was hit with 32 pieces of shrapnel in the chest and was told by hospital physicians that he would never walk again.  He proved them wrong.  Mr. Turner has never seen his injury as a disability, only an impairment.  He has spent a great deal of time mentoring others in similar circumstances.  The University of Michigan has asked him to join them as a motivational speaker but he prefers to speak to amputees one-on-one and has become a source of inspiration to them for overcoming their injuries.  He tells them that he isn’t handicapped, that it is all mental.

A good friend once explained to me what a “God-wink” was.  God-winks are tiny (and sometimes large) events in your life that make you sit up and take notice that something bigger than you exists in the universe.  It’s the feeling that you are being smiled upon by a higher power.  Perhaps you’re feeling particularly blue and a special song pops up on the radio.  For me, a large hawk lit on a fence and looked me in the eyes after I lost a close family member.  I love the quote “Remember, coincidence is just God’s way of performing a miracle anonymously”.   I consider Mr. Chuck to be a God-wink. 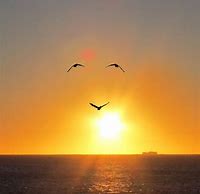 When I think of how someone builds something, I instantly picture them working with their hands. One might think it ironic that God sent me a builder with no hands.  But I think Mr. Turner was put in to my life to strengthen my faith.  Faith in people.  Faith in humanity.  Faith in God.   Mr. Turner has never let his accident slow him down.  He doesn’t sit around and feel sorry for himself.  He gets up every day and says a prayer when eating his breakfast that he will impact someone’s life for the better.    He likes to tell people, “Don’t worry about yesterday, there’s nothing you can do to change it. And don’t worry about tomorrow, because you don’t know what’s coming.  Deal with today and what’s right in front of you, because that you can control. Tomorrow will take care of itself.”

When I asked Mr. Turner what message he would like to give to readers, he told me, “Never give up”. He put his life in God’s hands when he had his accident and God has taken care of him.  Mr. Turner tries to give as many hugs as he can and asks that people pass that along.  He feels if he can reach one person and change their life for the better, it’s worth the effort. 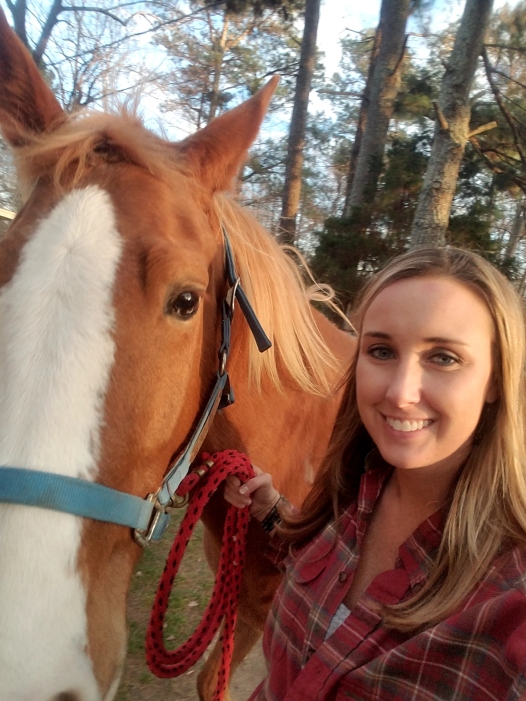 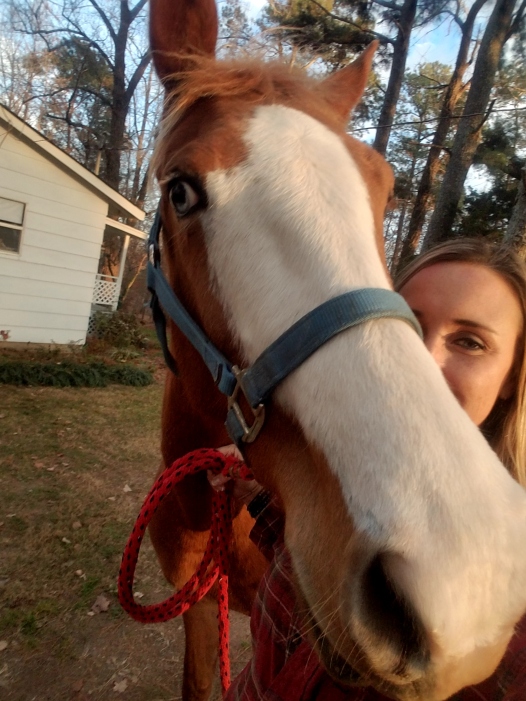 My journey into the equestrian world continues.  I am fortuitous to be surrounded by knowledgeable horse-people. I take regular riding lessons with my horseback instructor, Mrs. Kathryn Scott.  I swear I can hear her saying, “keep your heals down” in my sleep! My childhood friend, Elizabeth Luckey, drives a horse carriage in downtown Nashville and has 4 beautiful horses on her property.  My aunt, Bitsy Kingsley, is a horse aficionado and is teaching me the basics of caring for my newest family member.  But I am especially appreciative of Mr. Chuck Turner and his vast knowledge of horses….  and life.  Every time I speak to him, he imparts of piece of wisdom and inspiration about the human spirit.  His favorite part of starting a new job is that he and his customer start out as strangers and end up as friends.  Chuck Turner pours good out in to the world.  And like the butterfly effect, every person he touches carries forth a little more kindness, a little more happiness, and a little more grace than they did prior to meeting him.   Every human will at some point have to deal with strife.  But, just like Mr. Turner, you have to let it go and turn it over to God’s hands.